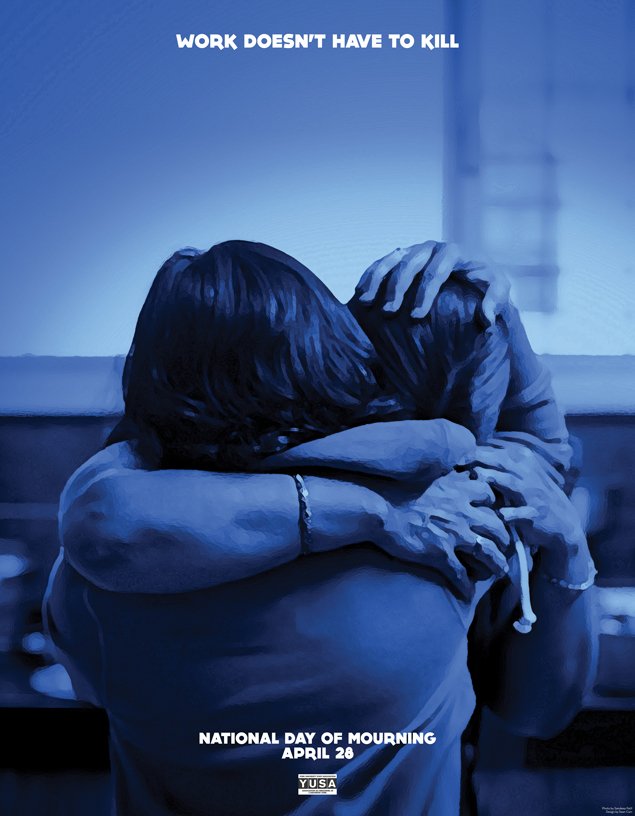 Every year in Canada, almost 1,000 workers are tragically killed on the job from hazards and accidents.

To commemorate those whose lives have been lost, the labour movement observes the National Day of Mourning each year on April 28, which renews our commitment to improving health and safety conditions for workers everywhere.

The York University Staff Association takes health and safety, including work/life balance, very seriously. Even though the work of YUSA members is generally outside of the industrial-based economy, that doesn’t mean that the struggle for safe working conditions isn’t a major issue for our membership.

Health and safety standards particularly hit home three years ago, when a young construction worker was killed by falling heavy equipment at the site of a future subway station on York University Campus.

The National Day of Mourning was started by the Canadian Union of Public Employees (CUPE) in 1984, and a year later, the Canadian Labour Congress declared it an annual day of remembrance on April 28. In 1990, the day became a national observance with the passing of the Workers Mourning Act.

Since then, the observance has been observed in over 80 countries throughout the globe.

On this day, the labour movement calls on all Canadians to remember the fallen and fight for the living. As workers and union activists, YUSA understands that through education and awareness, we will one day no longer consider work a risk to our health or fear the loss of life on the job.