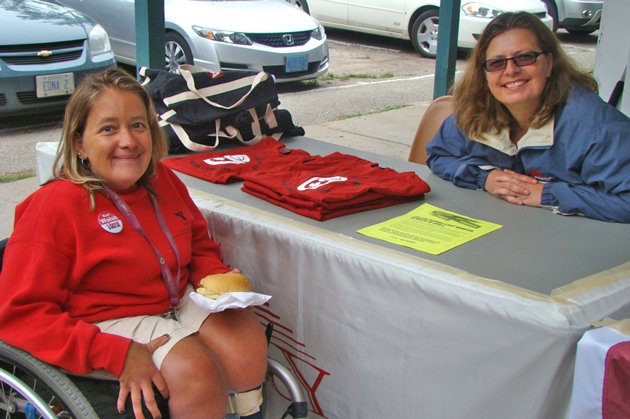 “Unions have outlived their usefulness.”

We’ve all heard this line before. Labour unions are old-fashioned, outdated and a relic of a bygone era. Type the phrase “unions have outlived their usefulness” into a Google search on the internet, and you’ll receive more than 30,000 results.

Approaching Labour Day, I can almost hear right-wing media pundits and conservative newspaper columnists tapping on their keyboards, putting the final touches on their Labour Day weekend articles that scapegoat unions for all the problems of the world.

But this isn’t something new. It’s very old. That particular phrase was first published by the Toronto Globe, the forerunner to the Globe and Mail, more than 125 years ago in the 1880s.

Yet even before this period, in 1872, a major event took place in Hamilton, Ontario that would propel the labour movement forward and act as the foundation of a holiday all workers in Canada and the United States enjoy today.

Workers throughout the country began forming the “Nine Hours Movement,” which aimed at reducing the work day to nine hours in an era when eleven and twelve hour work days were commonplace. The members of the movement argued that reducing work time would greatly enhance the quality of life and allow workers to spend more time with their families and communities, and engaging in other pursuits, such as reading and learning. As their motto stated, “We want not more money, but more brains. Not richer serfs, but better men.”

In March 1872, the Toronto Typographical Union went on strike to demand a shorter work week, and more than 10,000 workers demonstrated in a parade. Meanwhile in Hamilton, more than 1,500 workers went on parade for a shorter work week. After 24 union members were arrested, labour leaders called for a demonstration to take place on September 3rd of that year, which influenced the development of Labour Day in Canada.

After all, the word “union” itself should describe what the movement should be about: workers coming together to support each other during difficult circumstances.

Before unions helped abolish child labour and created the weekend, before they helped create a middle class, developed health and safety standards, pensions and paid vacations, before they took on discrimination and harassment in the workplace, there were very wealthy, powerful people decrying the legitimacy of labour unions.

This Labour Day will be no different. What has changed this time, however, is that governments and Big Business have stepped up their attacks on working people like never before. Just in the past week, public school teachers in Ontario have seen their collective bargaining rights stripped away by a Liberal government, a direct violation of the constitution and numerous international human rights treaties supported by Canada since the last 1940s.

Workers continue to pay for the crisis that the banks and Wall Street created with the 2008 financial collapse.

What is vital in a time like this is unity. After all, the word “union” itself should describe what the movement should be all about: workers coming together to support each other during difficult circumstances, whether they be public or private sector unions, from the east or west coasts, whether they’re new or old, industrial or service based.

“Weaving solidarity” will be a major theme at the Barrie Labour Day celebration on September 3rd, exactly 140 years after the very first Labour Day Parade. Organized in part by the Confederation of Canadian Unions and York University Staff Association, people from various unions, and just as importantly – workers who don’t belong to a union – will be there to have some fun on a late summer day and remember the sacrifices that generations before us made in helping to build a better Canada.

We can only understand the future by remembering our history. And by celebrating what unions and working people have done in the past, we can better prepare for the days ahead.

Despite the current challenges we face, by weaving solidarity and supporting each other, the future looks very bright for working people in Canada and around the world.