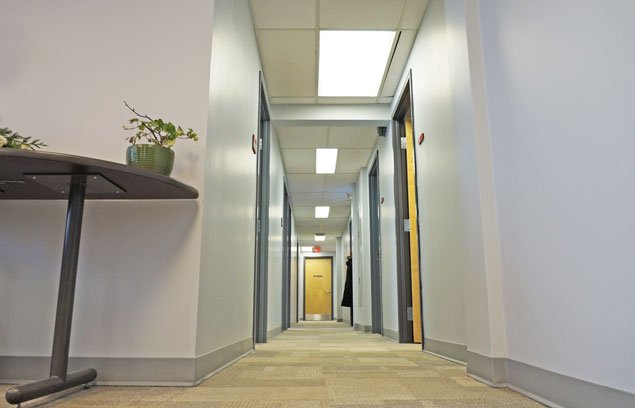 With the gradual warming of the temperatures, it is actually feeling as if winter has finally released its stranglehold on Southern Ontario. For those of you who love or at least enjoy the weather of the past few months, all I have to say is that you have had your fun and now it’s our turn.

I would like to use my first President’s Perspective of 2014 to update you on a number of issues that I feel are important to the YUSA membership.

In early December 2013, York University informed a number of employee groups, including YUSA, that the benchmark for the Attendance Management Program (AMP), beginning on January 1, 2014, would be adjusted downward from 10.5% per quarter (approximately just under 7 days) to 8.5% per quarter (5.5 days). I immediately requested more details, specifically why and who made the decision to change the benchmark.

The response that I received was; that the program was introduced with a benchmark of 10.5% in order to provide an opportunity to introduce the program and allow employees to become familiar with it, that this benchmark far exceeds the standard which is used in other programs as a determinate for an employee entering an attendance management program and far exceeds national averages, and that after consultation with the community York decided to lower the benchmark to 8.5% in 2014 so that it is more in line with the current rates of absenteeism in comparable sectors. I followed up requesting more details about which other programs and comparable sectors were reviewed.

YUSA filed a grievance when the Attendance Management Program was first introduced… There is a disconnect between what the employer publicly states and the program itself. It has created a climate of fear within the YUSA membership

It is interesting to note that over three months later, York has still not provided any further information or details.

YUSA filed a grievance when the Attendance Management Program was first introduced. The arbitrator who heard the grievance ruled that York University had the right to introduce an attendance management program but if the program violated the Collective Agreement then YUSA had the right to grieve but that putting someone into the program did not violate any current specific language. In other words, YUSA would have to wait until someone was actually disciplined (i.e. terminated from their employment due to sick absences) before we would be allowed to grieve.

In reality, there is a disconnect between what the employer publicly states and the program itself. If you enter stage 5 of the program, you will face the ultimate discipline, termination of your employment. Legally it is referred to as frustration of employment. If you should find yourself in an Attendance Management Program meeting, when your manager states that the program is non-disciplinary, please ask, or have your union representative ask, if at any time you could be disciplined because of your absences due to your sickness or you taking the time to care for a dependent (i.e. your child or elderly parents as Article 19.02 of the Collective Agreement allows you to if you have sufficient sick credits). Please note that the Attendance Management Program only tracks absences due to you utilizing your sick leave credits, it does not track your absences due to vacation or personal time.

The best workplaces in Canada, to the best of my knowledge, do not create this type of anxiety or fear among its staff.

The Attendance Management Program has created a climate of fear within the YUSA membership. Whether this was the real intention behind York’s introduction of the program or not is what is happening. For public consumption, York is informing the entire community that if they are sick, they should stay home. But that is not what is happening and York is well aware of it.

I have heard of YUSA members coming in to work with contagious conditions such as pinkeye and strep throat as well as with bronchitis. I have had members tell me that they are not in the program, but if they get sick, they are coming in to work regardless because they will not put their jobs at risk by taking any sick days.

It also outlines nine key management practices for building a culture of trust which are found in the 100 best workplaces in Canada. Nowhere in the document does it refer to instilling an anxiety or fear of losing one’s job if they become ill and the need to take time away from work to deal with the illness or the need to utilize the sick credits that they have earned to take care of a loved one who has become ill.

As part of the 2011 Collective Agreement negotiations, the Letter of Understanding – Disability and Return to Work was agreed upon by YUSA and York. Part of this letter obligated YUSA and York to develop a set of guidelines and principles which would facilitate an Employee’s ability to remain at or return to work.

This was a huge victory for YUSA.

Since the decision was released, YUSA and York have started discussions toward establishing a joint Disability Management Program. One of the first tangible changes will be with the Medical Absence Certificate (MAC). Until the new form or forms are finalized, York will continue to use the current one but we are hopeful that the new form or forms will be available shortly.

The first of the five equal increment increases to the York University Pension Plan contribution rates came into effect with your March pay. The second increase is scheduled to take place with your September pay. You can find the complete breakdown of the scheduled increases on the YUSA website here (see page 13).

Thank you for your continuing support.