Written by Past President Joanie Cameron Pritchett for the PPWC Leaflet 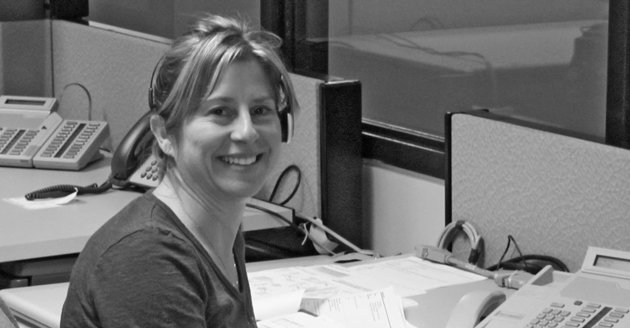 The class agenda of Prime Minister Steven Harper and the federal Conservative government are quite obvious.

More for the wealthy minority, less for the working majority. It’s exactly what we would expect from a right-wing government supported by powerful corporate interests.

Another step towards this hidden agenda is Bill C-377, a private members bill proposed by BC Conservative MP Russ Hiebert that will radically increase red tape and the administration costs of running unions, cripple our organizing efforts and political and social activities, and interfere with the private, internal activities of democratic organizations.

And because of these huge additional costs, as well as the enormously expensive penalties for not being able to comply with the law, C-377 specifically targets moderate-sized, independent unions like the PPWC and other CCU affiliates.

C-377 requires all labour organizations to file detailed financial reports with Revenue Canada, with information to be later published on a government website. This includes any and all expenditures on organizing, education and training, conferences, political activities and lobbying, and collective bargaining. Payments to officers, staff and even the recipients of pension and health plan payments are also required to be included in the reports.

According to Mathieu Ravignat, a Quebec NDP Member of Parliament, Bill C-377 will create approximately 17.5 million hours of paperwork for unions throughout the country, and each of them will need an average of 700 hours of work annually to comply with the requirements.

Independent unions, some of which have under 50 members and one or two staff persons, will in no way be able to fulfill this mandate. They do not have the expertise in accounting to manage this, nor will be able to afford to hire the necessary personnel to do so. As well, the financial penalty of $1,000 a day for late filing is completely out of range for the finances that moderate-sized unions in Canada have.

Bill C-377 is a direct attack on the independence of labour unions in Canada, who have a long history of fighting for the rights of working people against exploitation, and are among the most democratic and transparent organizations in the country.

In fact, many independent unions have to rely on volunteers to carry out the day to day administration of their organization. It is clear that the authors of this bill have very little understanding of the labour movement, and especially smaller, independent unions, many of which struggle financially.

On another note, the authors of the bill argue that any organization in Canada which enjoys a tax exemption must report their finances so that taxpayers can assess the value of such exemptions. Yet Bill C-377 only applies to unions. What about corporations or other organizations, many of whom engage in political activity, advocacy and lobbying, that benefit from billions of dollars of tax credits, deductions and other loopholes? Will oil companies and banks also have to meticulously detail their finances like unions will have to?

The PPWC and other CCU affiliates, like other unions in Canada, already impose stringent constitutional requirements on all financial activities, some of which are even subject to a democratic vote by an elected executive.

Member of Parliament Chris Charlton summed it up best: “In Canada’s trade union movement, financial statements are audited and reported to elected boards of directors, to all union locals, and to delegates at conventions. Annual audited statements must be filed with both provincial and federal labour boards. The Canada Labour Code requires that financial statements be available to members… The process is open, fair, democratic and accountable.”

Don’t expect Steven Harper or Russ Heibert to understand this.

Bill C-377 is a direct attack on the independence of labour unions in Canada, who have a long history of fighting for the rights of working people against exploitation, and are among the most democratic and transparent organizations in the country.

I have been in contact with Ken Georgetti of the Canadian Labour Congress (CLC) and have sent press releases to media throughout Canada about the dangers of the Bill. I am prepared to testify in front of a parliamentary committee in Ottawa to help clarify to the public how devastating this legislation will be for independent unions. I hope that the CCU and CLC can form a common front to stop Bill C-377 in its tracks.

The federal government, instead of imposing another bureaucratic interference on labour unions, should instead re-focus its energy on job creation, which is sorely needed in this country, and ensuring that the rights of workers everywhere, whether in a unions or not, are protected.

I won’t hold my breath.