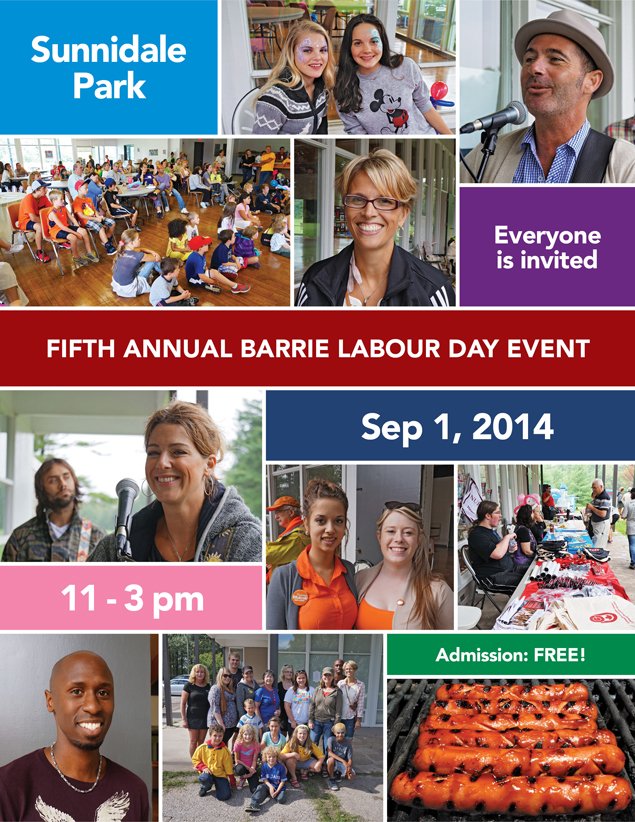 The Fifth Annual Barrie Labour Day Picnic will take place on Monday, September 1st at Sunnidale Park, and the entire community is invited. In what has become an annual tradition for CCU members, the free event will be held from 11 am to 3 pm, and feature music, food and fun for kids.

The event is organized by the Confederation of Canadian Unions, along with the York University Staff Association, SEIU Healthcare, PSAC, ONA, OSSTF and the Barrie and District Labour Council.

Last year’s event brought out hundreds of people, and organizers are expecting an even larger turnout this year. Although labour unions are organizing this event, it is especially open to those who don’t belong to a union.

The origins of Labour Day in Canada are traced back to April 14, 1872, when a parade was staged in Toronto to support the Typographical Union’s strike for a nine hour workday. After 24 members of the union were arrested, labour leaders called for a demonstration to take place on September 3rd of that year.

This Labour Day on September 1st, Sunnidale Park in Barrie is the place to be!