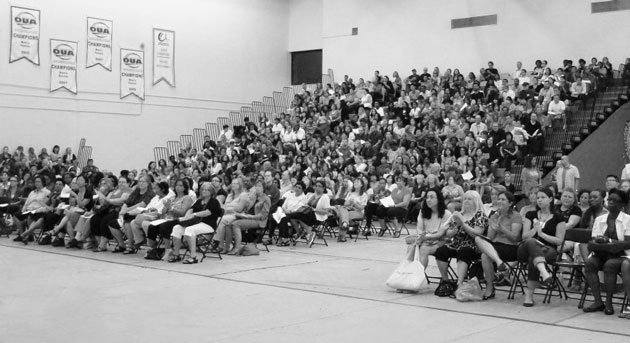 YUSAPUY (York University Staff Association – Association du Personnel de L’Universite York) was founded in 1970.  First established as an association, it was certified as a union five years later on December 10, 1975, and today represents thousands of workers at York University in Toronto, Ontario.

We achieved our first contract in 1976, and throughout our history, have proudly represented the interests of workers on campus.  YUSAPUY believes that all working people, regardless of race, gender, age, sexual orientation, nationality or religion, deserve greater security, respect and fairness on the job.

YUSAPUY is a member of the Confederation of Canadian Unions, which strives to bring working people and independent unions together to establish more equitable and democratic workplaces throughout the country.

YUSAPUY Documentary – “A Union Where Everyone Matters”

The York University Staff Association (YUSAPUY) is celebrating its 50th anniversary in 2020, and its 45th anniversary as a certified union. The documentary film, “YUSAPUY: A Union Where Everyone Matters,” looks at the history, struggles and achievements of the predominately female union, its past and present leaders, and current social and political issues relevant to its membership.